Dubrovnik panorama is great way for you to see Dubrovnik in short time. Include few photo stops around Dubrovnik. First we will drive you to the Dubrovnik bridge and after we will drive you to top of the hill Srđ (top point of the cable car), we are flexible with time and ready to present you our city in the best and most secure way. One hour tour including pick-up at your address + free time in the Old city cca 2-3 hours. Srđ is a low mountain just behind the walled city of Dubrovnik in Dalmatia, Croatia. Its height is 412 metres (1,352 ft), and its top is adorned with Fort Imperijal, built from 1806 to 1816, during the Napoleonic Wars. From the fortress, it is possible to see the walled city of Dubrovnik, Lokrum island, the Adriatic Sea and various local attractions (including restaurants and the Stradun). Srđ was once forested with oak trees which locals called dubrava (from the old Slavic word dub, “oak tree”), after which the city of Dubrovnik was named. The southern slope was once rich with pine forests, but in the second half of the 20 th century and during the 1991–95 Croatian War of Independence, the forest was almost completely gutted through numerous fires. The mountain was home to one of the fiercest battles of the Independence War, namely the Siege of Dubrovnik, and this is commemorated in a museum in Fort Imperial. Srđ has been developed as a tourist attraction, with a restaurant and a base for buggy safaris.

In the 19th century the city caught the eye of one of the more eccentric romantics of the era, Lord Byron, who proclaimed it the “Pearl of the Adriatic”. Byron is not the city’s only literary fan. Playwright George Bernard Shaw, who wrote Pygmalion, once said: “Those who seek paradise on earth should come to Dubrovnik.” 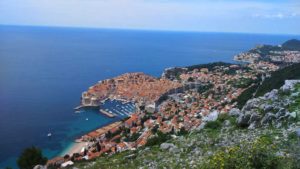 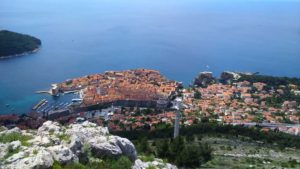 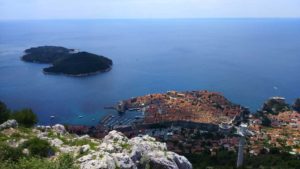 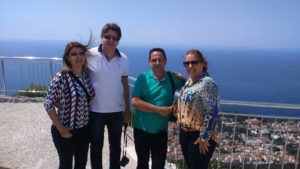 Page load link
This website uses cookies to provide you the best browsing experience. Cookie settings can be controlled and configured in your web browser. Find out more about cookies here. By continuing to browse our site, you are agreeing to our use of cookies. OK
Go to Top